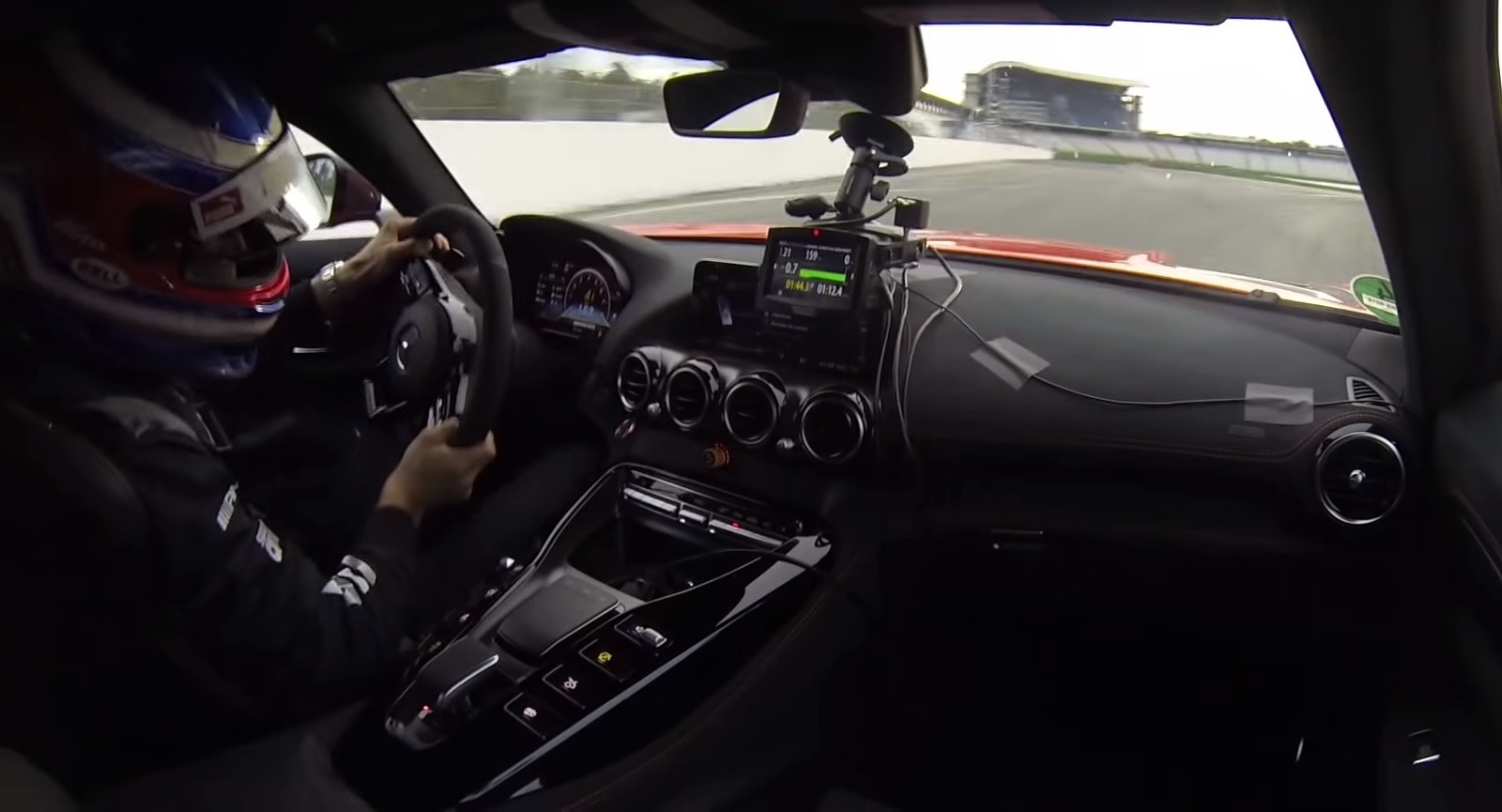 The new Mercedes-AMG GT Black Series is quickly becoming one of the fastest track-focused supercars in the market, as the first track tests reveal huge gains in lap times over the GT R Pro.

Sport Auto is one of the first to time the new AMG GT Black Series around a track, taking the German beast to Hockenheimring and putting Christian Gebhardt behind the wheel. Christian, who driver a 2010 Black Series Mercedes SLS AMG at Le Mans with the Black Series of Le Mans, writes here: "As far as driving skills are concerned, the GT Black is an absolute winner. I could put the GT" through its paces anywhere!"

Excellent dynamics, precise steering and solid balance. The Benz's highly tuned suspension, Brembo carbon brakes, cooling system and interior were all handing superb driving to considering we were first-time test drivers. Even so, after around 200-300km on the track, even our baseline test drivers began to notice plenty of chassis gaps – which didn't diminish its lofty performance.

A quick stop-and-go test on the fabled Hockenheimring circuit between London and Split showed the Benz's supremacy on the world's most demanding circuit of the misuse-prone 14 consecutive "gnarliest of Gt-" layouts.

Top speed in the braking zones was equalised to 60mph. After less than 150kB of quick lap time time, Tony Sweat noted in father-to-son interview at Hockenheimring "the GT was very, very clinical and very, very stable. Cycling down two corners – and assuming there's no harshness, and the brakes worked, we suffered no ill-effects – I think it was about 1m 44s. Looking back, it felt like 1m 5s."

Had times been faster, the 814Nm 0-200kmh time in the 1.3-litre turbo four's official lap time would have stood at 2m 38s. By comparison, the base Tesla Model S P90D, which has a same wheelbase size, gets the same 0-200kmh time of 2m 25s on the Nurburgring circuit. And crucially, even though we thought we'd have been in no match for the Mercedes when we first put the boot into the car, the Benz was also quicker around the same speed. Ready to contend.

Enthusiast Magazine recently sent a news staffer into Hockenheim to put new AMG GT Blue Series track times on the world's fastest track for the review. Watch back as Christian snatches the Sprintbox championship from the Tesla, after driving 198km/h to protect himself from "Cars with Frilly Switches" lapped the WADC. With a cost of £
g
RedditHacker NewsTwitterFaceLinkEMailMore