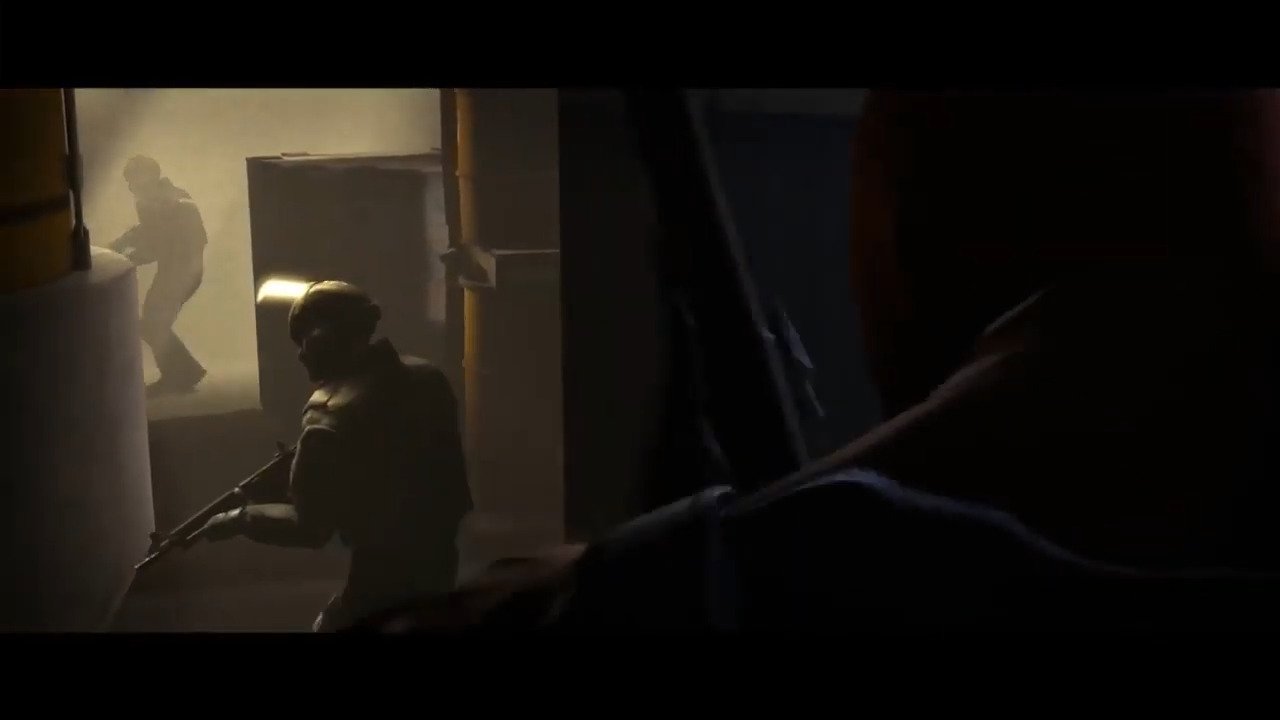 We get to start off our day with a bit of tongue-in-cheek humor coming directly from a Counter-Strike developer, taking note that there is currently a slew of cheaters that are currently running rampant across the standard matchmaking experience, playing spoiler to roughly twenty-million players trying to enjoy a few competitive matches of CS:GO.

Patches that released two days ago were noted as breaking a few settings and mechanics within the game, although notably nothing that actually would interrupt the standard game-playing experience. Apropos a bit, Blizzard has released a patch for Overwatch's most popular weapon, the Macro Camo, which in the name of rooting out cheaters has resulted in a 400% increase in player colors being applied over the weapons currently in the game. And who's gonna argue against that? Those stats are doing wonders for donations, perks, and beating against/watching. All this for no real reward.

A long-standing logo that we've seen countless times before. It was my self-introduction tweet in the top tweet of this article from James (@Bogs). Although a small selection of the tweets come from professional Counter-Strike players James "passimian" Carr , on The Foundry Team with Laraine "NiaK" Kim, Rob "WellsRift" Murray from Digital Chaos, Ben "Pudge" Gapp, and (sadly) SnuffBoxz, many of you out there know James from his professional CS career over the course of many changes with NRG Esports, where he looked for his place in the scene. Throughout his time with NRG, James has placed the majority of his usually top teams as #1 or #2 in NA.

As we know the origin story within Counter-Strike, most of the play and competitive scenes are closely tied with the Counter-Strike LAN events in stores recently. Last fall, several game companies (including Valve and ESEA) shut down LAN-events when it was discovered that, once more, a large chunk of the arena floor, specifically the sections capturing players and small scale human "winter" HUD symbols, were still landed or fell of and so can be easily hacked to an intruder's advantage.

A tipster has written pointing us toward an event we were able to attend. It was arguably the greatest LAN I have ever attended. Here's a quick rundown of the specs: The event took place during ESEA Season 15. The event was given the major advantage of being installed just teleYou (Who is also enabling a ban on Inferno in Premiere Pro) who purchased a ticket for just $1. The cost of the ticket without Season Pass and tournament was $40. Monday night the tournament ran until Monday afternoon December 22nd. The event went down to the final battle of 1.6 between Virtus.Pro and Mousesports on Train.

To no surprise COGnitive (We baby!), were pitted against Virtus.pro on
g
RedditHacker NewsTwitterFaceLinkEMailMore