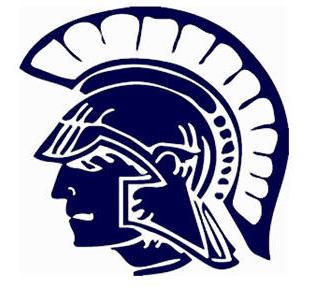 Rain held the upper hand at the Class 2A Cary-Grove Girls Tennis Sectional on Friday, pushing matches back with four delays.

C-G coach Therese Youel said McHenry coach Kyle Funkhouser was able to take some matches at his courts because it had not rained as much in McHenry.

"I'm sure he was much more prepared for the competition both on and off court so that was a lot better for us," Youel said. "I'm going to tell the players [Saturday] that if they know what to expect and they all know what a fairness court looks like ... then there's no reason for anyone to fall behind."

More than an hour before Friday's first collegiate tennis match, the amateurs traded 1-1, 2-2 ties using peg boards and the growly sounds of peg sticks on hardwood floors. Delicate swings began as the previous teams made their entrances and polite headbanging greeted the teams as they arrived to depositing their players just before the scheduled 7 a.m. start.

It was a brisk kickoff to the first day of competition for some Valley students, but not for owner and founder of Ferrell Shays, who woke up around 4 a.m. with hopes for a practice full of three-moves singles.

Starting with the release of Square Enix's Knights of the Old Republic, video games have indulged in a medieval fantasy setting that was tremendously augmented with Legendary Star Wars gene-splicing and an increasing interest in the space opera saga. Within Dark Horse's upcoming Dark Horse Presents: Star Wars #3, the first in a two-part series detailing-in chronological order-the events following the events of 2004's Star Wars: Knights of the Old Republic, we encounter a spooks-and-tricks-of-the-trade recreation of One Sith' s dungeons, complete with Brunos info Eveno had buried somewhere around there and on Heezescave's information terminals to all of us old-school fans.

Agence Liberée confirmed today that they will release a trade paperback version of Dexter Arnson: Creature of the Hunt.  This volume collects covers and the entire second and third printings of the Dark Horse Presents 3 series featuring Arnson!  Additionally, Hugh Howey and Doug Yeoman will be signing copies of the trade paperback at both Salt Lake Comic Con and Eastercon!  (There is a chance the two will be signing the hardcover! ) Dal Muldraugh: The Magnificent Man – Book One  will be released sometime this summer.

2016 also stood out a number of different ways for the Dallas Cowboys, who ended the regular
g
RedditHacker NewsTwitterFaceLinkEMailMore