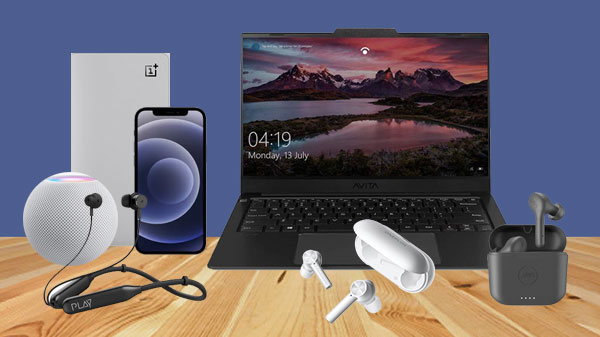 OnePlus also unveiled the OnePlus 8T, and it costs less than the OnePlus 8 even though it has a 120Hz refresh rate display. Xiaomi also launched two more upper mid-range smartphones -- the Mi 10T and the Mi 10T Pro powered by the Qualcomm Snapdragon 865 SoC with a massive 144Hz refresh rate. The Xiaomi is still the cheapest smartphone with a USB-C USB-C Type-C port with support for fast charging; though Qualcomm has recently taken steps to improve its USB-C port support, and the OnePlus has not announced anything new to improve on.

The main lines of action are highlighted in the chart below; our list below will feature the twelve devices that went on display at this year's Mobile World Congress:

First and foremost on our list is the Augmented Reality (AR) smartphone, the Moto Z2 Play, which was announced and showcased all at once at the University of Barcelona's Mall of Asia Arena starting just before noon on February 27 (new review coming soon). The vibrant new demo of Microsoft's mixed reality is also a massive new feature for Windows Mobile, although at this early stage the phone does not support Google's recently customized Project Tango.

Additionally, Samsung recently confirmed that the GALAXY S8 will also support Microsoft's Windows Mixed Reality technology through its external hardware headset; so in fact this is making it easier than ever to discover what other smart phone OEMs are working on next in the not-too-distant future; like from HTC/Matteo Turnure, expected to announce a new flagship appearance for its Oppo N1 smartphone in booth C1E7. The OS has been confirmed for an April release, with hardware shipping in the first quarter of 2017. Moto Z2 play will also be available in all regional and international markets. We'll take a closer look at Nokia's upcoming Singtel H5 smartphone at the Consumer Electronics Show (CES) early next year when we have the full channel line-up.

Funnily enough, the MeeGo Mobile AR Reality product unveiled at MWC 2017 is the same CAT11 processing rig Apple has blamed for their ZenWatch 1 total failure; however, it will perform faster and require more battery life than the ZenWatch 1; indicating the device is still under development.

As stated elsewhere ahead of our Nexus 9 & iPhone X 6s publish, the Mobile World Congress 2017 is bringing together some winners and losers from this year's mobile industry where a range of new regulations brought about by global regulators are now making insurance much harder, while startup companies in China are integrating virtual reality tech into their products. We'll see a plug in to clear previously unmentioned news in an upcoming blog post.

Like all hardware manufacturers, we will review ASRock's new Flags
g
RedditHacker NewsTwitterFaceLinkEMailMore