Great barrier reef loses half of its corals since 1995 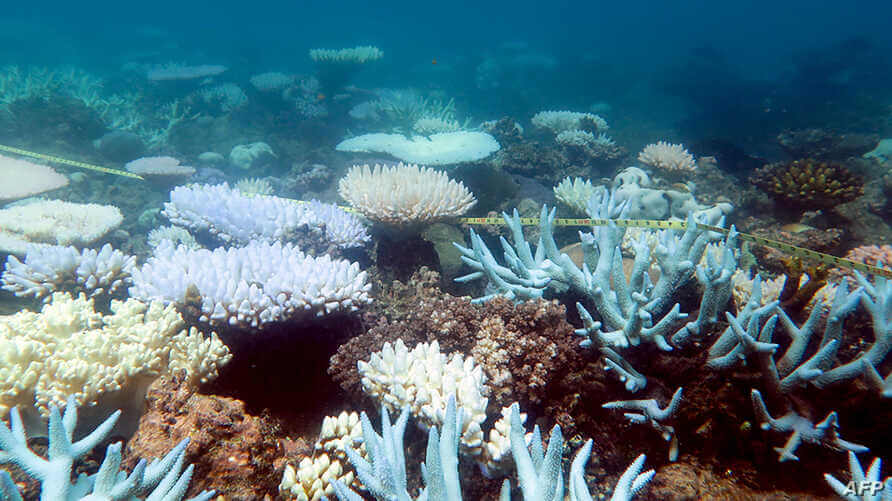 Scientists have discovered that Australia’s Great Barrier Reef lost more than half of its coral populations between 1995 and 2017.

Researchers at the ARC Centre of Excellence for Coral Reef Studies say coral bleaching, which occurs when corals expel algae that live inside their tissues, has occurred among all coral species and specimens of all ages.

Their calculations, based on detailed records published since the 1990s, show that corals lost 63% of their populations in the Indian and Pacific ocean basins over the period, and 63.4% in the tropical Atlantic.

This was the first comprehensive global review of corals, which was from 700 individual reefs most affected by bleaching events.

Relative to Southern Hemisphere reefs, bleaching has already contributed to almost half of all coral degradation globally.

The bloodless bleaching seen in the Australian Great Barrier Reef has also accounted for 58% of coral die-offs in the Corymbia, Indo-Pacific Region (ICRIP), and has not just occurred in the global South-North monsoon Coralline Stellate Barrier that is characterised by increased rainfall and lower salinity.

The study demonstrates a likely bias of changes in reef health from bleaching alone. The 1983-2004 bleaching event appeared to occur locally in Southern Formations (SAMs)—which lag at least 1,000 years behind the reef landforms—but was consistent over time.

Coral bleaching damages coral biological productivity by changing the pH, reducing the concentration of calcium and iron and propelling it away from calcium carbonate (CaCO 3 ) over time.

This makes the corals more at risk of disease and disease-induced mortality, as the chlorine (a tissue poison metabolised by the coral) interacts with the biological network that relies on CaCO 3 for symbiotic interactions.

Despite the impacts, reefs remain affordable to most of the world's rich citizens, even those with limited expertise in sustainable development. As such, the high costs of reef management (including extensive management by governments and NGOs for housing, harvesting and industries) is difficult to justify.

Despite the cost of restoration, the cost-Benefit analysis shows that restoration projects save around 150 years of school leavers' education. Restoration projects also manage resource values to reefs that previously were unmonitored. Studies of productivity suggest that distribution of reef features and waterflow patterns have also been greatly enhanced over time.