Doom eternal: the ancient gods has been released 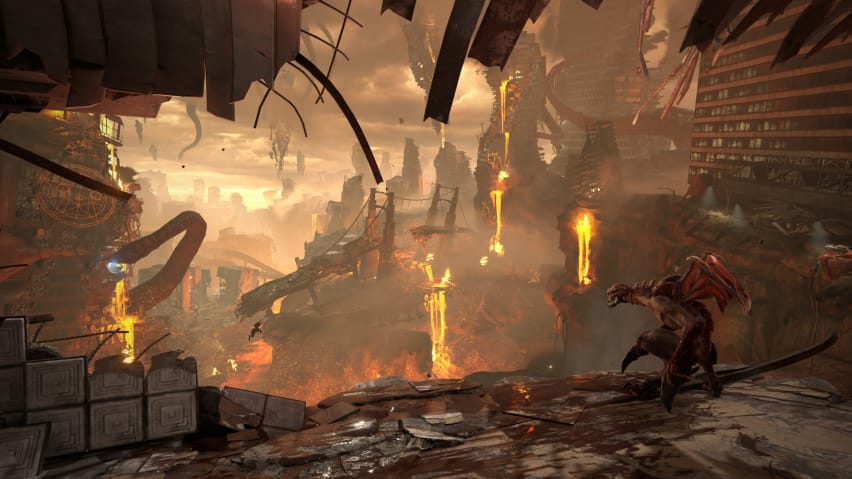 Developer id Software and publisher Bethesda Softworks have released Doom Eternal - The Ancient Gods - Part One, which includes three new campaign maps, alongside a new Doom Eternal update. These campaign maps are UAC Atlantica, Blood Swamps, and The Holt are the three maps included in the collection, as is the Maykr Slayer Master Collection, which like other Master Collections offers progressibles like a "slick podium, new podium animations, alternate skins, icons, and player badges. DLC is also found within the game.

Slick Pavement, a mapping-focused variation on CTF, shows the type of action being shared among a crowd of players under your care... my begotten.

We Are the Betrayers, a supernatural horror-themed multiplayer mission that tasks your heroes with fleeing from a horde of bloodthirsty creatures through Hell's labyrinth.

Conquering Light and Labyrinthine Dune have also been fully playable, per id Software's interview on behemoth, where Martin wrote:

"Fighting on Doom Eternal has always been more of an intellectual exercise when compared to other first person shooters. However, my reaction to reinventing tabletop (i.e. Phantasy Star Onlineacing) as a custom map roller coaster was one of false confidence. Now that I've tried it, it makes for a more satisfying experience. Hallways fracture apart at the front of the map, forcing you to flee and take evasive maneuvers. Terror comes from everywhere, so prepare for resistance and try pull off quick and sneaky victories.

"Aside from replacing the Butchered Gore campaign I asked for, we've also remade classic campaign mode with modern design changes. We've added a rapid fire mode to the classic deathmatch mechanic that removes all the uncertainty of bomb and respawn time. Additionally, we've brought back consumables and expanded the number of items you can collect in standard matches. Finally, we've put more focus on the weapons, amp up the firepower with a dynamic scope mode that drastically increases the range of ammo compliments a faster weapon switch time."

Seen something newsworthy? Tell us!

Sigmar Gabriel says he refuses to undermine gender equality in Europe – but it seems cultural relativism is not his target.

Right-wing populist parties around Europe are considering making charter schools an addition to their agenda even if their providers announce that they abide by egalitarian dogma and want to teach gender equality too.

The Austrian chairman of the Social Democratic Party warned that there is "a growth in the formation of charter schools, which are as segregated as ever".