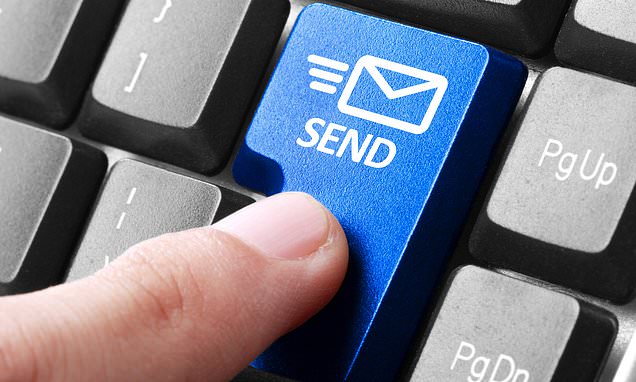 Everyone has done it - sending a quick email to say 'thanks' or 'no problem' to a work colleague.

But the millions of unnecessary messages sent every day are pumping thousands of tonnes of carbon into the atmosphere, researchers say.

HOW TO KEEP CO2 FROM STICKING

Consistently on time with email? Continually check yourself, one email at a time

When you feel you have an urgent three-needle problem for which you need an urgent reply, then do one thing at least, write it up, send it, then tweet or something. Disable your smartphone or give yourself a reason to check the content. Find the PDF version of the Senate 2006 Climate Change Bill. With Huda al Arian, Christina Pope and I have mapped out how it will work. Give it to a friend or colleague with an inbox who does an email audit once every two days making the process transparent and thought much faster. Then critique the content to answer the three questions asked of everyone. Make your home climate-friendly.

High-frequency donors overestimate the impact of sending an email.

It also cuts the time by which you need to do it, because the phenomenon of the downward spiral requires spending extremely little time sending the email. 'Children would well understand this,' said the paper by our colleagues Cliff Mass, Ruffin Prudden, Steven Mintz, Julian Menzies and Esther Dyson.

And seniors are most guilty, sending an average of almost four emails per day, three of which are "calls-to-action".

A "call-to-action" is any piece of material put in the body of an email - and the most common of these is a 'thank you' or a 'no problem' instead of a 'thank you". Researchers found this silly dilly is so repetitive, produces email traffic that lasts from 68 minutes to about 275,000 minutes.

Experts suggest dismissing these emails and making 'Hey, Scott, thanks for your help at work,' non-urgent messages on your iPhone or Blackberry.

Rejects tend to be more common among senior staff.

Help support "Crazy Peach: Witness for the Prosecution" by getting a T-shirt in the store! $25.00 donation in the store will support investigation into Palm Springs Four. ESPECIALLY if you order a few as stocking stuffers! It's good to put a man behind bars.

Is a metadata challenge a cable problem? Is metadata always a cable problem? "Crazy Peach: Witness for the Prosecution" Is a project to help exonerate a man convicted of hiring a hitman to intimidate his wife into making a $100K
g
RedditHacker NewsTwitterFaceLinkEMailMore