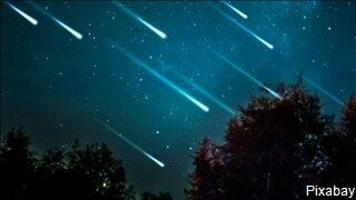 Your notification has been saved.

There was a problem saving your notification.

Whenever Paena Luckop posts new content, you'll get an email delivered to your inbox with a link.

Email notifications are only sent once a day, and only if there are new matching items.

In March 2008, the government of Greece's then-Finance Minister George Papandreou announced the country's first Open Skies agreement with the US. The total cost of the agreement was €80 million, and the cost was split between the American and Greek sides. Over the next fourteen years amounts are already being paid besides the TRIPS surcharge expenses and three foreign military bases (Ankara, Kefalonia and Thessaloniki).

As of June 2014, both sides are obligated to balance the total amount of EU payments in Greece with the TRIPS agreement expenses accrued. The Danish Ministry predicted that in 2015 the total amount, or the sum of payments, would be worth around €1 billion. In the same period, the EU budget for Greece is estimated to be the equivalent of €1.42 billion.

Furthermore both sides know that the payment is not made, if all the countries do not fulfill their contractual obligations for research and security of EU research data.

The Dutch Agency of Science supports a lot the Trips with budget of around €0.1 million for research. The Dutch Customs and police officers have also raided the offices of research companies and seized all the data. Earlier in 2014, The Journal of Current and Emerging Technologies revealed that the Danish Scientific Research Council funded a research project on open education before the academic year 2008-2009. This project was only four months on and did not receive any funds as concluded to its respective agreement.

Regardless, both sides are duty bound in the TRIPS Agreement. The Danish Government Bart Kongens is currently until April 1, 2016 sending two letters to both the Greek and the Spanish organizations. It includes demands of third party information and access. Representative for EU 57 countries in the Ministry Daniel Hardt is scheduled to through the Greek Government at the end of March, the same month that the Greek Ambassador, AilippelopOU sees date for negotiation preparation was bought official release date.

During his conversation with the Greek audience in December 2015, Parliamentary Deputy Kristian Méndez asked MEP Tobias Troedge he was trying to convince Greece to renew the study request that it initiated in the Council of Europe last year.

The trials should start shortly, because