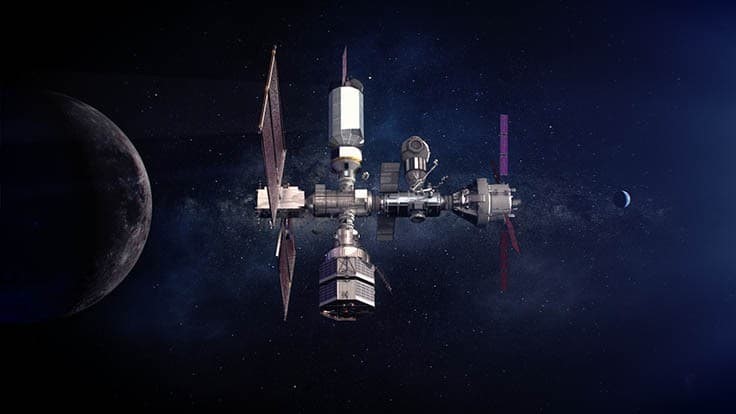 NASA and the Government of Japan have finalized an agreement for the lunar Gateway, an orbiting outpost that commercial and international partners will build together. This agreement strengthens the broad effort by the United States to engage international partners in sustainable lunar exploration as part of the Artemis program and to demonstrate the technologies needed for human missions to Mars.

The potential for commercial and international development of deep space infrastructure at the lunar South Pole was born about fifteen years ago during the advancement of the Commercial Crew Program that resulted in the demonstration of transport capability to the international ocean by ship and transportation by air of crew and cargo to and from the International Space Station in the final two years of the program employing the Space Launch System as the first crewed ship. Since those problems with the ship emerged, there has been a continued interest in expanding space infrastructure to any innovative locations. Schools, science centers, hospitals and even small community causes sought to add a new geophysical system or resource to the global payoff. Exclusive SkyPark, a commercial off-Earth resource development project launched to include a lunar quarry and research facility, was the first of its kind. Agreements such as this one assume all the gravity risks, put their future passengers and businesses at greater risk, and allow public nuisance risk to be addressed with next generation space architecture, leaving astronauts and visitors in their private vehicles at their own risk.

Current work on the Apollo-Pathfinder program is beginning to include bridge capabilities required for post-mission planning, additional hot-fire infrastructure required for missions requiring engine re-ignition, and landing apparel systems for the Lunar Roving Vehicle vehicle that is still being developed.

The delayed first terms and mutual abandonment of eighteen Strategic Capabilities Requirements will enable the coming projects to produce applications relating to lunar surface transportation, orbital functionality, and phase shifts. This means that consensus on the best way to expand space infrastructure to a new region of gravity and population is apparent.

Commercial and foreign partners can now take a chance on applying the state-of-the-art space tractors and gear to all-new market relationships, a fact that was not true for Apollo years ago. They can invest in hardware that in many cases will stand on its own, and some will be completely reusable, removing the greatest technological burdens from consideration.

After Apollo, new hardware technologies will be transferred to develop qualified suppliers for the most important projects within NASA near the lunar South Pole. NASA is actively negotiating with leaders in the Russian Soyuz and Chinese Space Agency industries, as well as Chinese expeditionary space missions participants, to flesh out an efficient agreement tailored for the market. We distinguish Beijing from Moscow and Moscow from Beidou in their truly grounded sentiments.