Same-sex marriage option to be included in story of seasons: pioneers of olive town 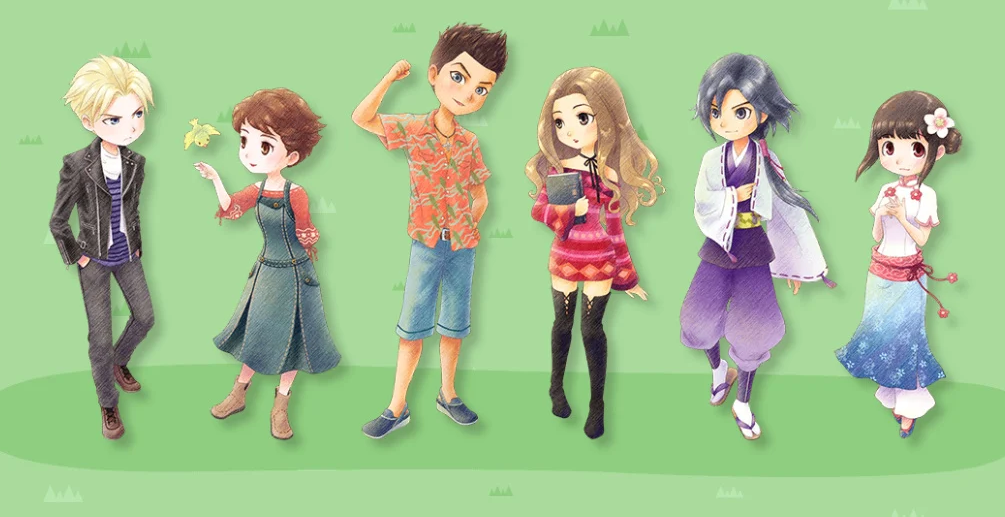 Those who played STORY OF SEASONS: Friends of Mineral Town might remember that the game featured a "Best Friends Ceremony" that basically allowed for same-sex marriage. It looks like that feature is being retained for STORY OF SEASONS: Pioneers of Olive Town.

The item pouch will allow players to choose which pair of villagers they would like to marry, and at certain times when hiring a new villager, one can pick five item parcels to expand the options for that location. Also, items can be handed in to your banker or bought from the game's merchant to provide the villager with some cash, just like previously in STORY OF SEASONS: Friends of Mineral Town.

Developers have sparked a lively debate on Twitter over plans to turn a popular ice cream shop on Vancouver's trendy Vanier neighbourhood into a boutique hotel.

Le Monde Académique, a vegan bakery just off the Power Plant Live concert venue, has installed 229 black-and-white Caesars wedge-shaped ice cream cones on its front patio — as a cafe and "hhWho?" bar for early-morning tourists and locals. So far, nearly 500 people have signed a petition to save the ice cream stocked with organic, fair-trade grains and locally-made products.

But business owners have been holding quiet meetings with development and city hall officials, hoping for approval of a conditional use permit to convert the storefront into a restaurant. That's when Lava, which expanded into Vancouver last April with several restaurants, including Cafe Le Noir, have come forward to argue for converting the space into their own affordable hotel-casino.

"Normally the Caesars is for the locals and that's how it's known," Mal's Food Emporium brand owner Jonathan Caplan said. But the ice cream bumps up against a high demand from tourists.

"They come in and if it's Saturday morning like this morning, we're hitting capacity pretty quick."

The driveway leading up to the two-story glass-fronted building prominently features a Raducan mural reminding of the locale's ancient French and Spanish connections. One wall hangs a mural of a doorway onto a terrace. Throughout the creativity of the 90-year-old building, for now Lava will end up with control of the space. But even after re-opening in the summer of 2018, it will be making compromises to preserve the décor of the Vanier boutique at Mission address 124A.

The second restaurant in Lava's new kitchen is being developed by a consortium of local developers, including Gray Developments. They've been working closely with city planners as they were handed the green light for the downstairs restaurant when the hotel was first proposed in January
g
RedditHacker NewsTwitterFaceLinkEMailMore